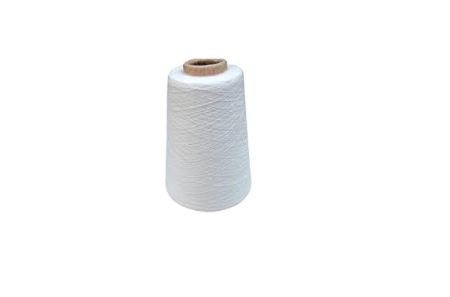 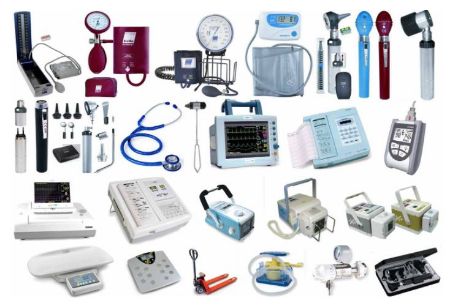 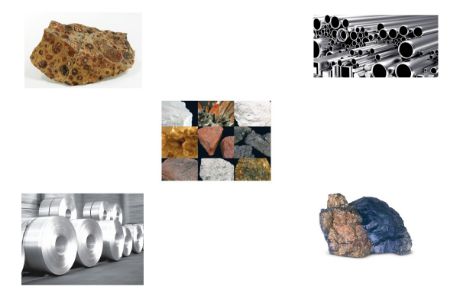 View as
per page

A form of mechanical seal, sealant is a substance used to stop fluids from passing through gaps in materials. Sealant is sometimes used interchangeably with caulking in the construction of buildings and has similar functions in preventing the transfer of heat, sound, and dust.
₹ 2,783.00 ₹ 3,061.30

Bimetallic Sheet is not an alloy and aluminium plates and sheets that have been manually joined rather than electroplated with copper layers are used instead.
₹ 1,031.00 ₹ 1,134.10 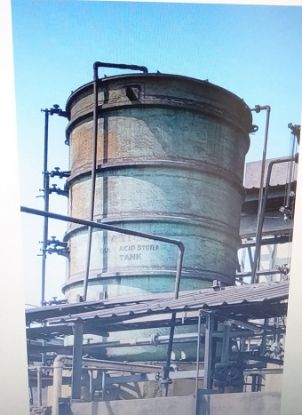 FRP Acid Storage Tank has a capacity to retain and store these materials and transport them over long distances in an entirely safe manner is provided by an acid storage tank made of corrosion-resistant metal or polyethylene material.
₹ 6,07,200.00 ₹ 6,67,920.00 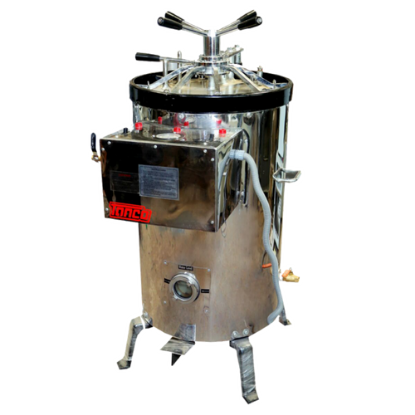 The cylindrical-shaped vertical autoclave, sometimes referred to as steam sterilisers and top loading sterilisers, is a sterilising device. These devices aid in the sterilisation of many items, including surgical tools and medical equipment.
₹ 65,780.00 ₹ 72,358.00 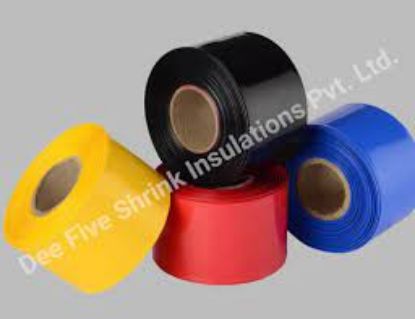 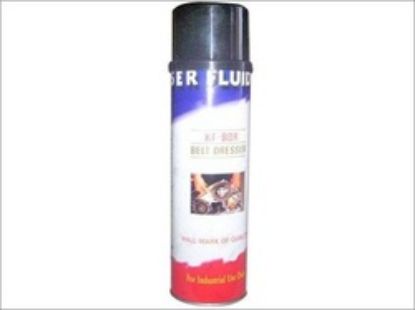 Belt treatment softens the rubber and prevents it from drying out and slipping by misting it on the belt. To maintain them flexible and extend their life, you can use it on lawn mower drive and deck belts, tiller, tractor, and automotive belts. Additionally, it can stop and avoid squeaks brought on by a slipping belt.
₹ 345.00 ₹ 360.00 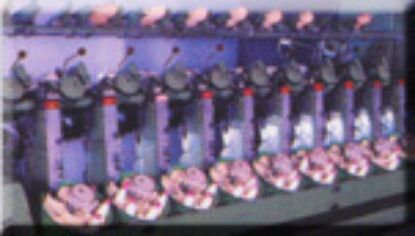 When compared to employing powdered, dispersing moly in an oil basis is much cleaner and doesn't require containment tools. Molybdenum Disulfide (Moly), in contrast to graphite, is an intrinsically solid lubricant that will lessen friction even in the absence of water or other carriers.
₹ 575.00 ₹ 600.00 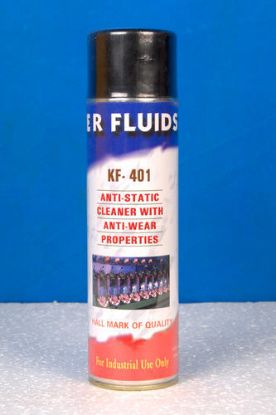 With an anti-static and an anti-wear agent, KF-401 is a special purpose cleaner that cleans and lubricates precision sections of modern machinery while preventing the buildup of fluff and dust.
₹ 374.00 ₹ 390.00

Adhesive Chain Lubricant offers the greatest protection against wear caused by twisting, bending, and stretching, as well as protection from moisture, dust, and corrosive environments. It is highly resistant to water and high temperatures.
₹ 3,680.00 ₹ 3,840.00 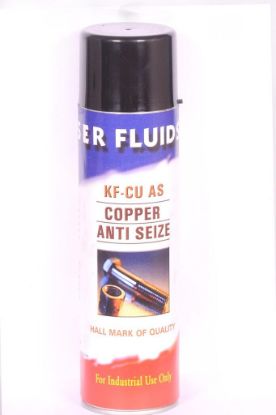 Copper Anti-Seize, like Silver Grade, guards metal components against rust, corrosion, galling, and seizure at temperatures as high as 1800° F. Because it is electrically conductive, soft metals' integrity is not jeopardised.
₹ 632.00 ₹ 660.00 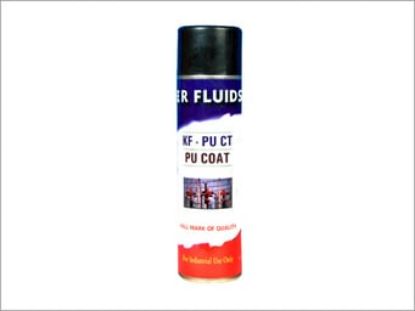 A polyurethane coating is a polyurethane layer that has been placed to a substrate's surface to serve as protection. These coatings aid in shielding substrates from a variety of flaws, including corrosion, degrading processes, weathering, abrasion, and others.
₹ 791.00 ₹ 870.10 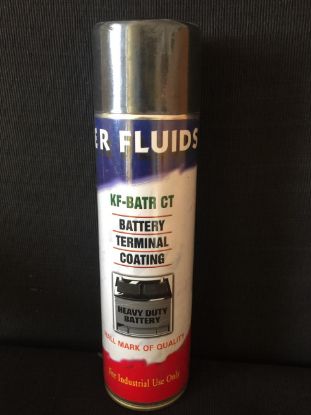 Batteries have a KF coating. The use of BATR-CT can be used to create an airtight waterproof seal that limits battery leakage and increases battery life.
₹ 747.00 ₹ 780.00 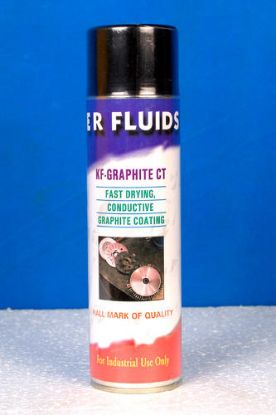 This is a thin carbon paint that dries extremely quickly (similar to aerosol sprays). A thin conductive layer is used to quickly cover large areas. Ideal for creating grounding paths and covering non-conductive epoxy mount parts. It easily fills cracks and narrow gaps due to its low viscosity.
₹ 575.00 ₹ 600.00 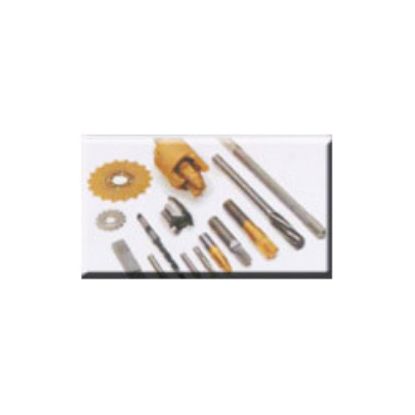 Heavy duty at normal temperatures, they have a high vapour pressure and protect the metal by forming a bond and barrier layer on the metal surface. In general, the most effective inhibition is provided by a weak volatile acid or base that easily hydrolyzes.
₹ 374.00 ₹ 390.00 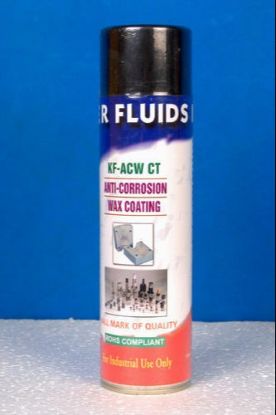 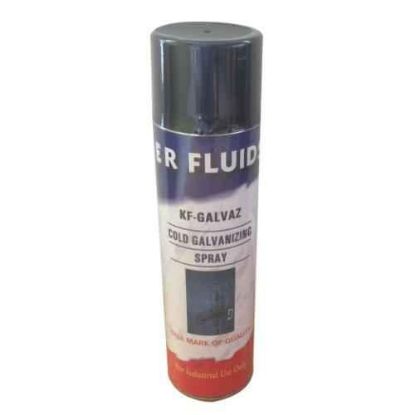 Cold galvanizing spray compounds are paint-like coatings that are applied to iron and steel surfaces to prevent corrosion. They're also known as zinc-rich coatings. A cold galvanising compound has the appearance of a paint,
₹ 489.00 ₹ 510.00

MULTIFUNCTIONAL SPRAY is a silicone-free, low viscosity oil that can be used to lubricate and maintain a wide range of metal parts. The spray is used in the automotive industry, machine building, metalworking shops, hobbies, and homes.
₹ 489.00 ₹ 510.00